Birentech, a small enterprise based in Shanghai, China, has released the country's most powerful General-Purpose GPU, the Biren BR100.China Makes Its ..

Birentech, a small enterprise based in Shanghai, China, has released the country's most powerful General-Purpose GPU, the Biren BR100.

China Makes Its Most Powerful General-Purpose GPU To Date, The Birentech BR100 With 77 Billion Transistors

The Birentech BR100 is the flagship General-Purpose GPU that China has to offer, featuring an in-house GPU architecture that utilizes a 7nm process node and houses 77 Billion transistors within its die. The GPU has been fabricated on TSMC's 2.5D CoWoS design and also comes packed with 300 MB of on-chip cache, 64 GB of HBM2e with a memory bandwidth of 2.3 TB/s, and support for PCIe Gen 5.0 (CXL interconnect protocol). 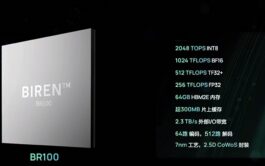 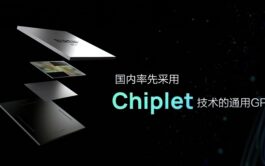 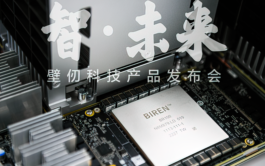 The Biren BR100 isn't the only chip that the China-based company has announced. There's also the Biren104 which offers half the performance metrics of the BR100 but the specifications aren't told yet. The only detail available on the other chip is that, unlike the Biren BR100 which uses a chiplet design, the BR104 is a monolithic die and comes in a standard PCIe form factor with a TDP of 300W.

The company states that a chip with 77 Billion transistors can mimic the human brain nerve cells and the chip itself will be used for DNN and AI purposes so it is more or less going to replace China's dependence on NVIDIA's AI GPUs.

Pictures shown off during the event reveal that the GPU will come in an OAM form factor board and will use the company's own tower-type passive-cooler solution.

Did you miss our previous article...
https://allday.news/hardware/ddr56000-memory-to-be-the-sweet-spot-for-amd-ryzen-7000-zen-4-cpus-will-offer-11-infinity-fabric-ratio-with-expo