Gigabyte's GeForce RTX 4090 AORUS  Master graphics card is a complete beast, requiring four-slot and lots of real-estate within your PC. Gigabyte has ..

Gigabyte's GeForce RTX 4090 AORUS  Master graphics card is a complete beast, requiring four-slot and lots of real-estate within your PC. Gigabyte has published the complete physical specifications, bringing us closer to understanding the newest flagship from AORUS.

The new AORUS GeForce RTX 4090 Master GPU will be the first Ada series RTX 40 GPU from Gigabyte's AORUS Xtreme line. Photos from the company have been posted, showing a small dual-slot input and output bracket. This development is surprising as the graphics card from AORUS would technically require four slots on a corresponding motherboard.

Evolutionary changes of the AORUS RTX lines, leading up to the RTX 40 series. Image source: Gigabyte via VideoCardz.

The Gigabyte AORUS Master GPU will also be fashioned with three fans, measuring eleven centimeters each. The card will have a length of 35.8 cm and a width of 16.2 cm. Most, if not all, Mini-ITX graphics cards are as minute as seventeen centimeters. 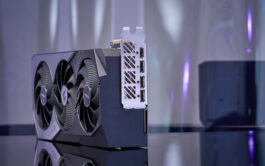 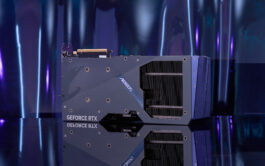 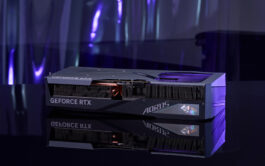 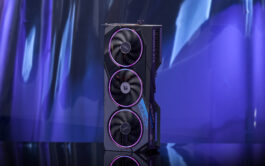 The AORUS Master GeForce RTX 4090 GPU has a volume of 4,383 mm³ and is much larger than Gigabyte's main ITX graphics card. The new card from AORUS is five times the size of the leading company's graphics card. This size difference is significant as the RTX 30, and RTX 40 series of GPUs are much different between the generations.

Out of a majority of graphics card manufacturers, Gigabyte is a select set of companies that do not equip triple- or quad-slot I/O brackets to the company's GPUs. The leading company shares a similar design with AORUS when it comes to both frames and PCBs. The company may change cooler plans in the future to an AIO cooling kit or submit to water blocks to cool their GPU series.