Michael Larabel of Phoronix introduces benchmark testing of AMD EPYC CPU systems in Linux 6.0 while showing the improvement the Linux specialist has..

Michael Larabel of Phoronix introduces benchmark testing of AMD EPYC CPU systems in Linux 6.0 while showing the improvement the Linux specialist has seen during testing

Linux 6.0 has recently seen noteworthy scheduler modifications and optimization that would potentially benefit the new AMD architecture and the recent architectural changes to the current server line. For the following tests, Larabel is utilizing an "existing AMD EPYC 7003 series hardware."

Other benchmarks have been concluded on the AMD EPYC 7713 2P performance in early Linux 6.0 builds before release against both stable Linux 5.18 and the current 5.19 kernels. Larabel also decided to add to the testing the Linux 5.15 LTS kernel. He chose this particular version due to the lengthy support that it has received. Larabel notes that all "benchmarks were conducted on the same AMD Daytona reference server with dual EPYC 7713 64-core processors."

Since the full Linux 6.0 is not entirely developed, Larabel will do further testing upon release of the new kernel to compare its current state and that of its stable state. He also plans to check Intel, AMD Zen 4, and Arm components to see how Linux 6.0 handles the new architectures and products we will see in full for the next few years.

Below is the system log, split into three parts due to the length of the file, showing the testing environment before benchmarks. 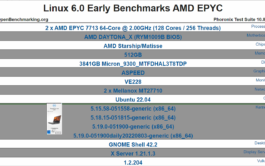 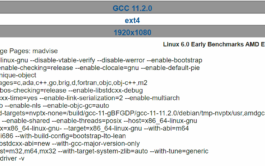 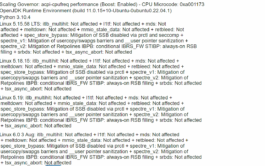 Larabel notes that the AMD EPYC 7713 2P server processors are already showing positive results with the consistent upgrades and additions that AMD is known for with its focus on open-source development with their products, especially in enterprise servers. 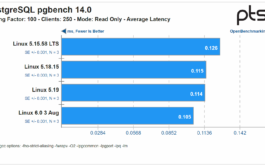 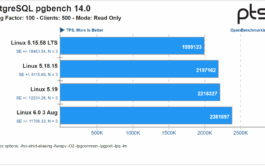 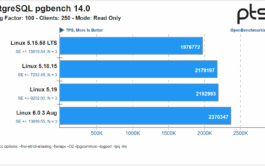 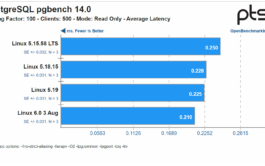 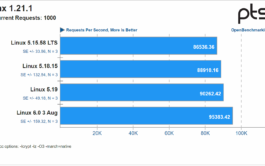 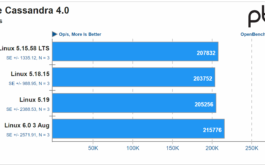 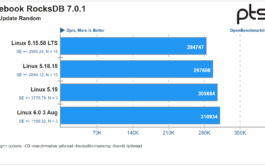 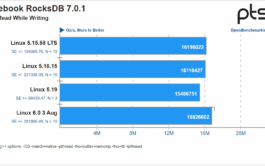 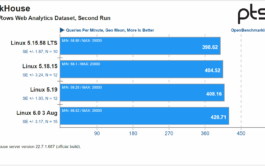 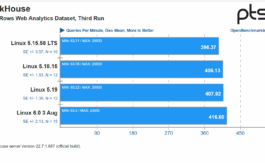 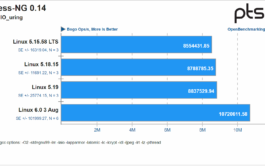 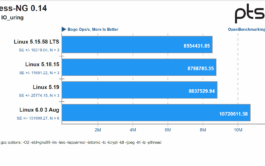 Benchmark tests PostgreSQL, RocksDB, ClickHouse, and Nginx are significant workloads that best display the advancements AMD has made towards the premature Linux 6.0 form, primarily when used with the AMD EPYC 7713 2P server that was the baseline for Larabel's testing. Larabel's most noticeable improvement revealed during testing is that the "IO_uring has also seen some nice improvements with Linux 6.0."

It's great to see improvements coming to the AMD EPYC CPU family. The red team has already confirmed that its next-gen Genoa chips targetting the server platform are prepped for launch later this year. The company's EPYC CPUs also recently exceeded the historical 26% market share set by its own Opteron CPUs, more on that here.

Did you miss our previous article...
https://allday.news/hardware/innosilicons-fantasy-3-gpu-to-feature-ray-tracing-support-amp-highend-options