Similar to the RTX 4070 specifications from yesterday, we now have a specifications update for the NVIDIA GeForce RTX 4080 graphics card too.NVIDIA..

The same leaker, Kopite7kimi, had previously posted a slightly better core configuration for the RTX 4080 but it should be pointed that NVIDIA makes several revision changes over a product's pre-launch cycle &amp; as such, the specifications change a lot which Kopite7kimi is simply reporting. The card now has the same amount of cores and memory albeit at a much lower TGP than what was reported earlier.

The clock speeds are not confirmed yet but considering that the TSMC 4N process is being used, we are expecting clocks between the 2.0-3.0 GHz range. The higher than usual clock speed bump comes from the fact that NVIDIA is making a two-node jump considering the Ampere GPUs with Samsung 8nm node was in reality a 10nm process node with some optimizations. NVIDIA is skipping 7nm and going straight for a 5nm node and not even the vanilla variant but an optimized version of it. With Pascal on the TSMC 16nm node, NVIDIA delivered a huge frequency leap and we can expect a similar jump this time around too. 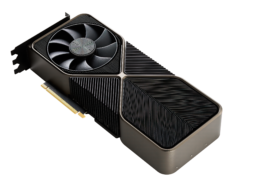 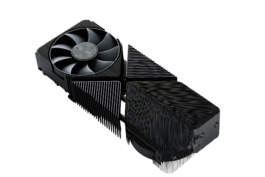 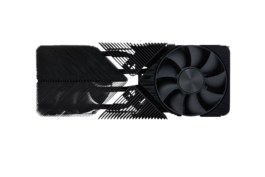 As for memory specs, the GeForce RTX 4080 is expected to rock 16 GB GDDR6X capacities that are said to be adjusted at 21 Gbps speeds across a 256-bit bus interface. This will provide up to 672 GB/s of bandwidth. For power, the TBP is said to be rated at around 420W which is close to the RTX 4090 and since the memory clocks aren't that aggressive, it is likely that the core clocks could be tuned for maximum graphics performance.

In terms of performance, the NVIDIA GeForce RTX 4080 is expected to offer 15,000 points in the 3DMark Time Spy benchmark which the leaker had previously stated as a conservative figure so one can expect around a 35% performance uplift over the RTX 3090 Ti in this specific benchmark.

As for its feature set, the NVIDIA GeForce RTX 4080 graphics cards will rock all the modern NV feature sets such as the latest 4th Gen Tensor Cores, 3rd gen RT cores, the latest NVENC Encoder, and NVCDEC Decoder, and support for the latest APIs. They will pack all the modern RTX features such as DLSS, Reflex, Broadcast, Resizable-BAR, Freestyle, Ansel, Highlights, Shadowplay, and G-SYNC support too. The graphics card should launch around Q4 2022 or may even slip too Q1 '23 but it should come priced at around $699-$799 US.

This Waitress Contradicted a Parent’s Order for Their Child. Were They Wrong?

The Padres Won The Juan Soto Sweepstakes. Will The World Series Follow?